In mammals such as us, scarring is an inevitable consequence of any significant tissue injury. It is known that inflammatory cells and fibroblasts drive scar deposition but the precise cellular and molecular processes that regulate scarring are still unknown. We do not fully understand, for example, why some people scar worse than others following similar injuries or why other vertebrates such as zebrafish are able to fully resolve deposited scar tissue. Cleft Lip is caused by a failure in the fusion of the nasal processes during development, mimicking aspects of wound closure. Some genes have been linked to both Cleft Lip and defective wound healing, suggesting similar roles in both processes.

We have identified a network of genes that are associated with both Cleft Lip and wound healing, for further investigation to determine their roles in scarring.

To validate our findings in humans, we are using the Cleft Collective cohort to investigate Cleft Lip repair scar severity in patients with variants in our chosen genes compared to non-syndromic patients with different variants. We are also exploring how to use this resource to determine other genetic variants that result in altered levels of scarring following uniform Cleft Lip repair. 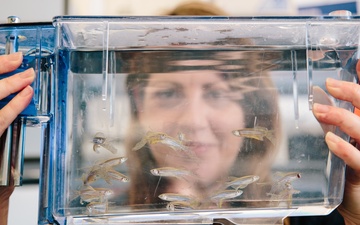