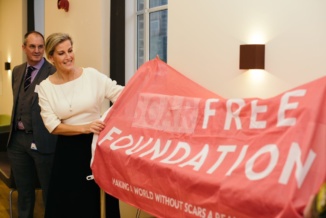 HRH The Countess of Wessex GCVO

Patron of The Scar Free Foundation

Her Royal Highness has been Patron of The Scar Free Foundation since 2002, and opened the Foundation’s Centre for Conflict Wound Research at Queen Elizabeth Hospital, Birmingham in 2018. 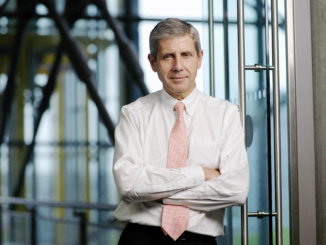 The Lord Rose of Monewden

President of The Scar Free Foundation

Lord Rose is the President of The Scar Free Foundation, elected in 2011, and is Chairman of the internet grocery retailer Ocado. Previously, Stuart was the Chief Executive and Chairman of Marks & Spencer. Stuart was knighted in 2008 for services to the retail industry and corporate social responsibility and made a life peer in September 2014. He has supported The Scar Free Foundation since 2001 and served as both Appeal Chairman and Chairman.

Geraldine is a retired rheumatologist and worked at The Royal Free Hospital, London, until 2018. Geraldine’s late husband, Michael, was responsible for founding The Scar Free Foundation (formerly The Healing Foundation) in 1999.

Sir Ken Calman is Vice President of The Scar Free Foundation, and is a former surgeon, oncologist and cancer researcher. Ken was Chief Medical Officer of Scotland, and then England, and has been the Chancellor of the University of Glasgow since 2006.

General Sir Nicholas Carter is Vice President of The Scar Free Foundation, a British Army officer and Chief of the Defence Staff since 2018. Previously, Nick was head of the British Army as Chief of the General Staff.

The Rt Hon the Lord Patten of Barnes, CH

Lord Patten of Barnes is Vice President of The Scar Free Foundation, and is a former British Politician. He served as the last Governor of Hong Kong from 1992 – 1997, and was Chairman of the Conservative Party from 1990-1992. Lord Patten was also Chairman of the BBC Trust between 2011-2014, and now serves as the Chancellor of the University of Oxford. He was awarded a Knight Bachelor for services to medicine and medical education in the 2003 Queen’s Birthday Honours.

Professor Sir John Temple is Vice President of The Scar Free Foundation, and former President of the Royal College of Surgeons of Edinburgh. A former surgeon, Sir John was appointed as the independent chair of the UK-wide review of the impact of the European Working Time Directive on junior doctors, reporting in 2010. 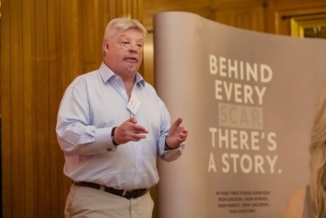 Simon Weston is our Lead Ambassador, and a veteran of the British Army. Simon was seriously injured in the Falklands War after his ship, the Sir Galahad, was bombed, leaving him with burns to 46% of his body. In the 2016 New Year's Honours, Simon was awarded a CBE for his charitable work. He is currently the Patron of the Falkland Veterans Foundation, The Enham Trust, Allied Service Trust and an Ambassador for Changing Faces. 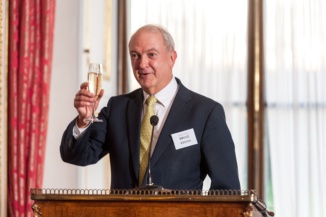 Chairman of The Scar Free Foundation

Professor Sir Bruce Keogh is the Chairman of The Scar Free Foundation; appointed in 2017. A renowned cardiac surgeon, Bruce was the National Medical Director of NHS England until 2018, responsible for clinical leadership, quality and innovation. He is now Chairman of Birmingham Women’s and Children’s NHS Trust. He was knighted for his services to medicine and medical education in the 2005 Queen’s Birthday Honours. 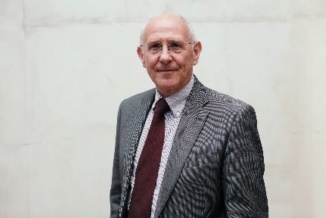 Richard Collier is a member of our Board of Trustees. He is a former Managing Director of Lehman Brothers and JP Morgan Chase. Richard was also Finance Bursar of Balliol, University of Oxford, between 2007 – 2019. As well as being a member of the Foundation’s Trustee Committee, Richard also serves on the Foundation’s Finance & Operations Committee.

David Allen has been a Trustee of The Scar Free Foundation since its inception in 1999. He is honorary chairman of DHL UK. In 1986 was awarded the Order of the British Empire (OBE) in recognition of his services to world trade. David is also a Trustee of Youth Charter for Sports, Culture & Arts, Advisor of Macmillan Cancer Relief and a Foreign Patron of The China Charity Federation based in Beijing.

Alison Clarke is a member of our Board of Trustees, and has over 25 years of experience working with some of the world’s best known global corporations. Alison was CEO of Weber Shandwick Asia, before joining Huntsworth PLC as Business Development Director and then becoming the CEO of Grayling UK & Ireland. Alison also is the former President of the Chartered Institute of Public Relations, and the former Chairman of the Public Relations Consultants Association. As well as being a member of the Foundation’s Trustee Committee, Alison also serves on the Foundation’s Finance & Operations Committee.

Lieutenant General Richard Nugee is a member of our Board of Trustees. Richard is a retired British Army Officer, fulfilling several senior roles including Defence Services Secretary (2015–2016) and Chief of Defence People (2016–2020). He is currently leading a review into climate change policy in the Military of Defence. Nugee was appointed a Commander of the Order of the British Empire (CBE) in the 2012 New Year Honours, a Commander of the Royal Victorian Order (CVO) on 25 October 2016 and a Companion of the Order of the Bath (CB) in the 2020 New Year Honours.

Tim is a former accountant and a survivor of the Paddington train crash, 1999. Tim has been a Trustee since (X) and also serves on the Foundation’s Finance & Operations Committee. 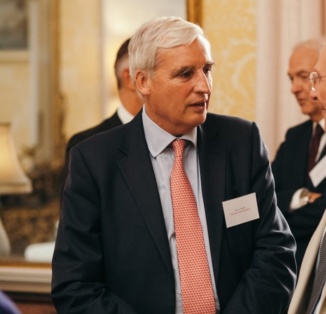 Simon Boadle is the Treasurer of the Foundation, and is currently the Head of UK Family Office and Advisory at Stonehage Fleming. Previously, Simon was a Director of NatWest Markets in London, Hong Kong and Japan, and was a Senior Partner in Corporate Finance at PwC. 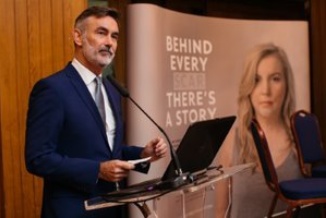 Brendan has been Chief Executive of The Scar Free Foundation (formerly the Healing Foundation) since April 2004. Before joining the Foundation, Brendan was Director of the Mary Rose Foundation raising funds and the profile of Henry VIII’s Tudor warship, and enjoyed previous positions with the Royal National Lifeboat Institution (RNLI) and Cancer Research UK. 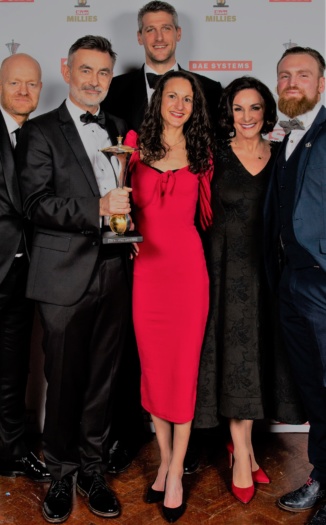 Amanda joined The Scar Free Foundation in 2014. She has previously worked as an Executive Assistant to Kevin Godlington, and as Company Secretary for the Godlington Foundation. In addition, Amanda has volunteered and worked in Asia and Australia. 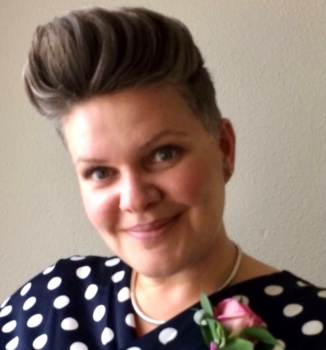 Charlotte joined The Scar Free Foundation in 2014 having previously been Research Manager at the Royal Pharmaceutical Society for 5 years. Prior to this she worked in private office and project management positions at the Parliamentary and Health Services Ombudsman and the BBC.

Amy joined the Foundation in June 2020 as Senior Trusts and Foundations Manager. Previously, she was Head of Partnership Giving Resources and Support at World Animal Protection, a global welfare NGO, and led the Trusts Fundraising programme at UK disability charity Scope for ten years.

The Scar Free Foundation proudly works with the Fundraising Regulator, an independent body which sets and maintains the standards for charitable fundraising.

The Scar Free Foundation is a member of the Association of Medical Research Charities, and supports its position statement on the use of animals in research. 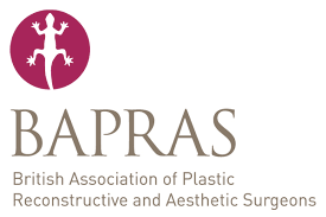 The British Association of Plastic, Reconstructive and Aesthetic Surgeons (BAPRAS) 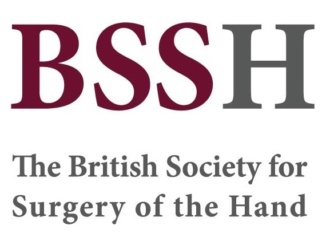 The British Society for Surgery of the Hand (BSSH) 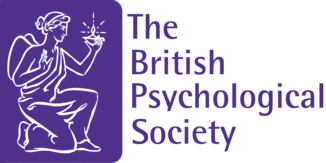 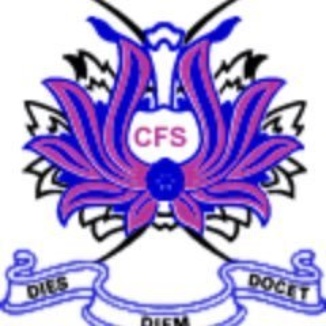