Although clefts are generally repaired within the first year of life in the UK, and some affected children develop typical speech patterns, there is evidence that almost one fifth of children have unintelligible or barely intelligible speech at age 5 and 50% of children born with a cleft palate require Speech and Language Therapy intervention at some point. When problems with speech persist, there can be lifelong consequences.

The Speech and Language study aims to create a detailed observational resource for the study of the early speech and language development of children born with cleft palate.

Researchers are collecting data on children’s:

The team is using the LENA (Language Environment Analysis) system to capture recordings of children's speech and interaction patterns made over the course of a single typical day when the child is aged 13 months. As at December 2019, 275 recordings have been captured with the LENA.

The team is also collecting data direct from clinical services including speech and language assessment findings at two different time points. As at December 2019, 246 forms have been returned for children aged 18 to 24months and 138 for children aged 36 months.

In combination with the dataset from the Cleft Collective Birth Cohort study, the Speech and Language Study will become a large and comprehensive resource for future researchers to apply to access and use to answer questions which will lead to improved clinical care and outcomes for children born with clefts. 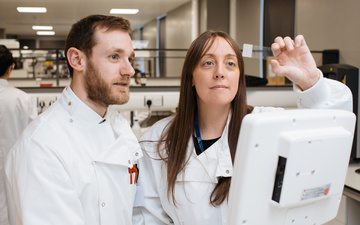 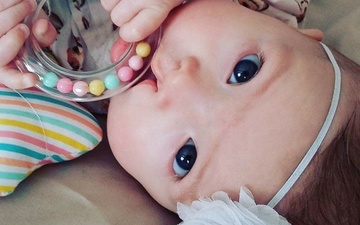